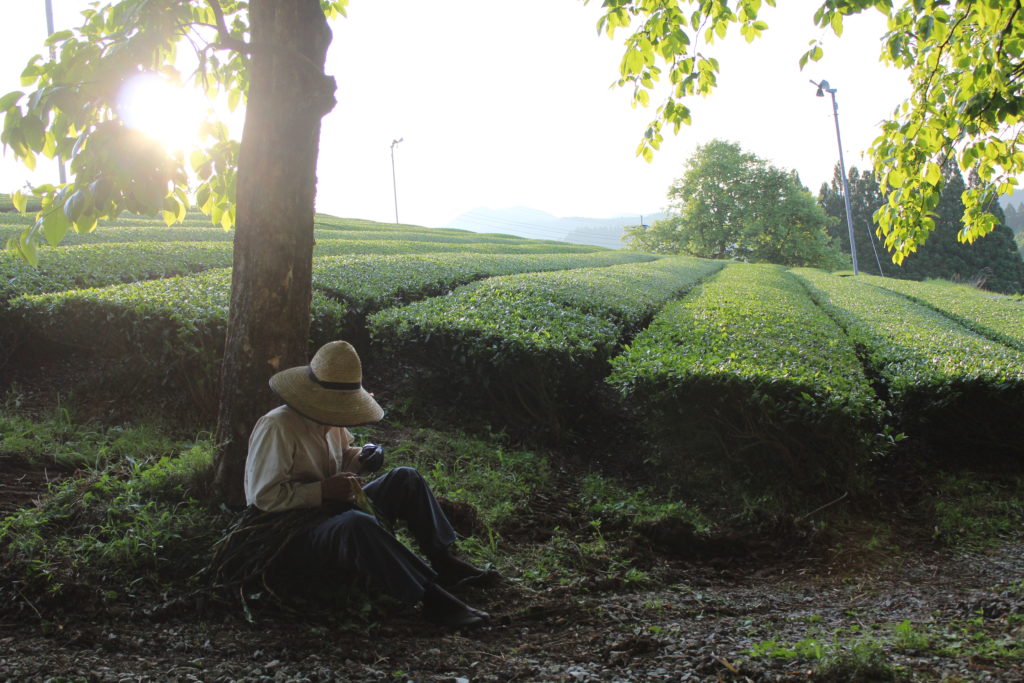 In Japanese, there is a saying ‘Nichi-Jo-Sa-Hanji’ which literally means ‘daily meal’ which has been translated as ’nothing out of ordinary’,‘daily event’, ‘everyday affair’, or ‘very common’. The Chinese characters in the saying are ‘the rice we eat every day and the tea we drink every day’.

We have over 100 years of history as a tea producer. We have cultivated our own tea patties, grown tea trees and sold home-made tea, all by ourselves. Since a long time ago, people have been harvesting tea and brewing with the traditional method that was originally brought from China, for drinking among families and communities. As it was for their daily consumption, pesticides or agricultural chemicals were not used. We never use chemical fertilizers or herbicides. Unlike vegetables, you cannot wash tea before consumption. It was meant to be consumed among family members. It was never been a product sold to the public. We feel the word “organic’ is a word of foreign origin that was made to describe for something we had been doing for ages. 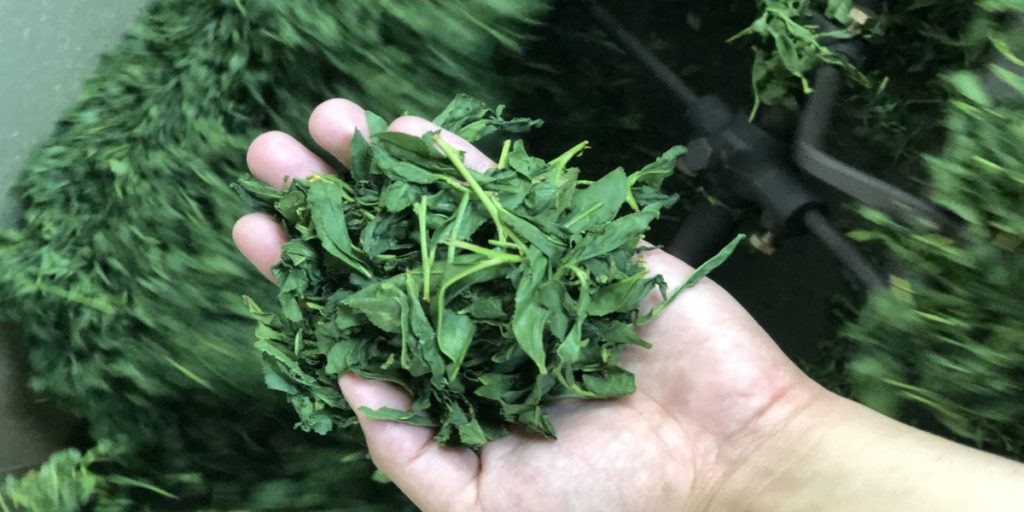 There used to be a lot of distinctive and unique varieties of tea all over Japan. They were lovingly cultivated and consumed locally. Each tea farmer was making tea to be consumed among his family and friends. It was a very ‘common’ thing to do then. Since the Industrial Revolution and the Opening of Japan (after 1868 A.D.), tea has changed into a production that targets exports as its main source of revenue. Production lines that guarantees the same kind, taste, flavor were established. Large scale tea farms were introduced to improve productivity. The bottled tea that is now common in Japan is a symbolic result of this tea-making revolution. The mountain ranges of Kyusyu where we are located, are famous for its steepness as well as low production rate, so we were somewhat left behind during the wave of industrial revolution. It is difficult to use an industrial machine that can easily be adapted on both flat and high production rated areas. Therefore, the number of tea producers has been declining since 1970’s. The production volume of our ‘Kettle Roasted Tea’ only accounts for 0.4% of tea production in Japan. The tea we are making is very rare, as it is only being produced in a part of Kyusyu. Good or bad, our team has become very small. 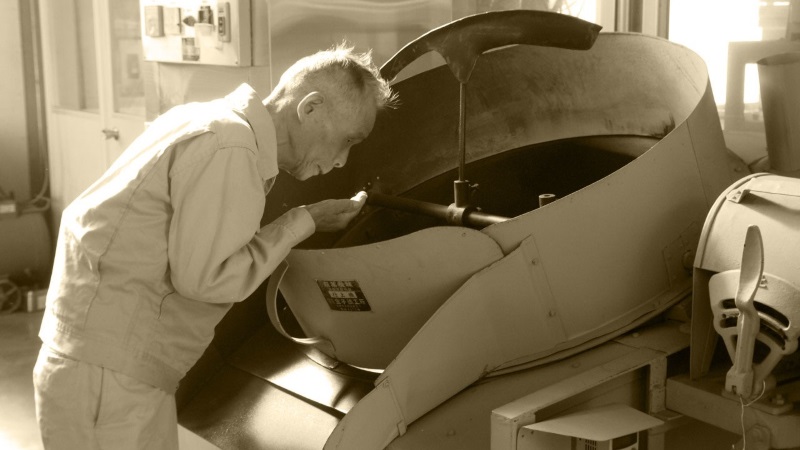 We cannot mass-produce our tea. As our tea has been produced in a unique way, we have never been able to establish an efficient, machine operated method. The characteristics of our ‘roasted tea’ is its flavor and color. Its characteristic fragrance spreads throughout the mouth, and it stays that way for a long period of time after drinking. It gives a refreshed feel to your whole body. As for classification, “Kettle Roasted Tea” is part of the Green Tea family. However, it has a golden yellow color. As an example, it has an amber color, like a good whiskey, which is good for flavor. When roasting raw tea leaves for the first time, the kettle reaches to a high of 400 Celsius. That is the most difficult feature of this roasting tea method, meaning no machine was established. It is not so difficult to steam a large volume of tea leaf, but it is very difficult to roast in a kettle. To address this difficult task, we have established our own machine to roast tea leaf. We have learned and prepared from the tea production history and are hoping to connect and expand to the future of tea. With this site, we hope you have a better understanding of traditional Japanese tea and enjoy drinking our ‘daily’ tea. 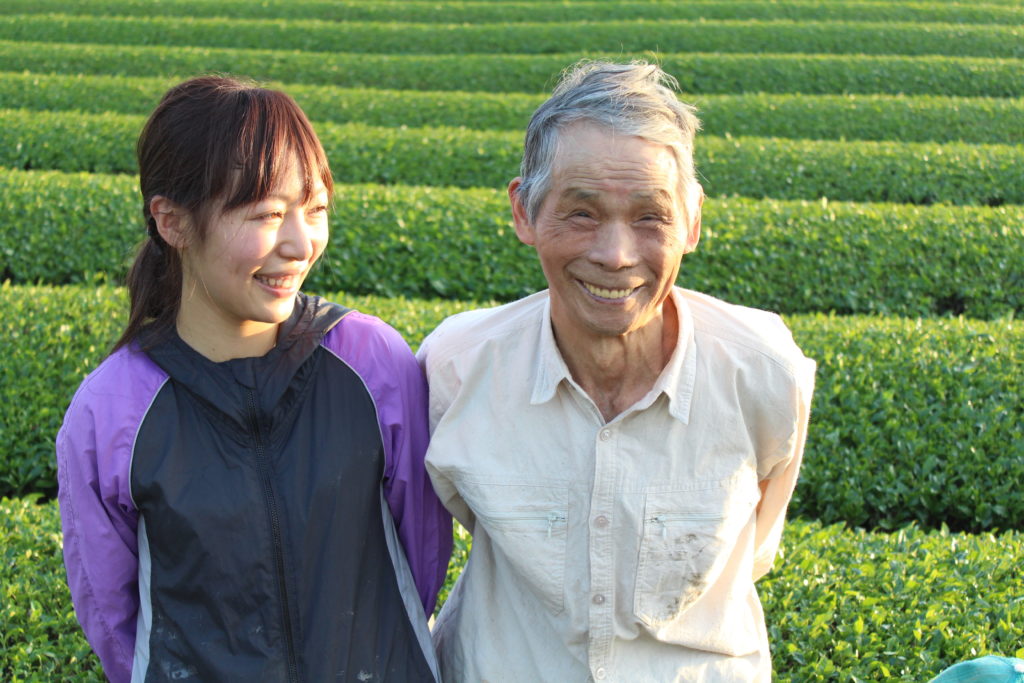